Seems like I’ve been gone from my blog for forever. Sometimes you need to step off, regroup. I can’t believe I’m about to say this, but sometimes, you just have nothing to say. Better to remain silent.

I went back to work full-time in January, adopting a 7th grade class whose teacher resigned over the holidays. They’d had a revolving door of subs, little structure, and not much creative learning. No one was to blame – the situation for these students sucked. For some, it was a double-whammy. The year before, their teacher over spring break was killed in a car accident. I felt like these kids, most of all, needed a heart they could trust in this place where they spend most of their days. Building that trust has taken everything I have to give. I’m still working on it. 12-year-olds can be a tough crowd!

All that to say that my mind has been a bit preoccupied – too much to worry over words. As they say, “I had bigger fish to fry.”  Where once I would have used the blank page to help me dig through the piles of wonderings and ideas that tickle and tease, I now had to turn to colleagues. They have become my place of refuge, a place where I could be still. On many days, they helped me find the reason to come back for another. The kids. They gently reminded me, it’s always about the kids.

So the kids and I inched our way to spring break. Back in January, our days were prickly; just before spring break, we were most definitely having more good days than hard. This is a bright, creative group of kids. They are eager to do well; they want to trust. Building a community from dust takes a lot of time and energy on everyone’s part. Spring break arrived, as it so often does, just in the nick of time.

I knew I had to “get out of Dodge” and planned a trip to Santa Fe with my family. I love that the United States is so full of cultural variation and historical diversity. We drove to Santa Fe from the airport in Albuquerque, across miles of desert and prickly pear. My mind switched gears and rather than being a facilitator for learning, I had the space to wonder and dream, to learn and explore. I took a break. 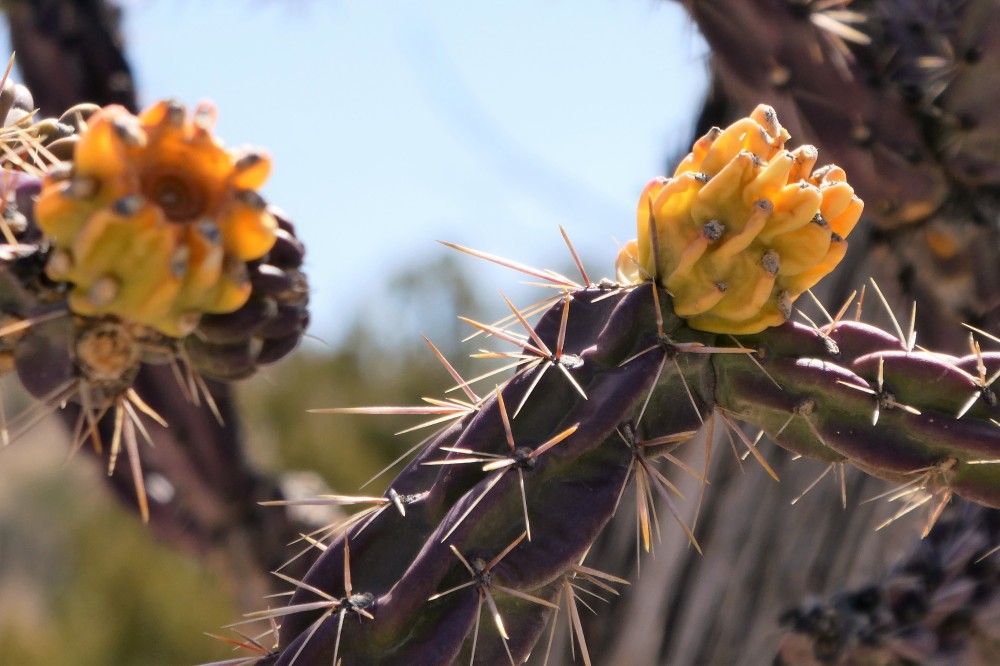 Over that break, the world reminded me that everyone is connected by only six degrees of separation. Visiting an Orthodox church on Palm Sunday, I learned that the priest hailed from Seattle where my home priest is from. The palm crosses we received were the same as we have received from our own priest; the iconography of the church had familiar faces. There were connections around every corner. I will post about this visit later, but here is one view of the church iconography. Notice that the Virgin Mary, the Theotokos, presides over St. Elias Greek Orthodox Church, a traditional pueblo, and Tent Rocks National Monument (more on that below): 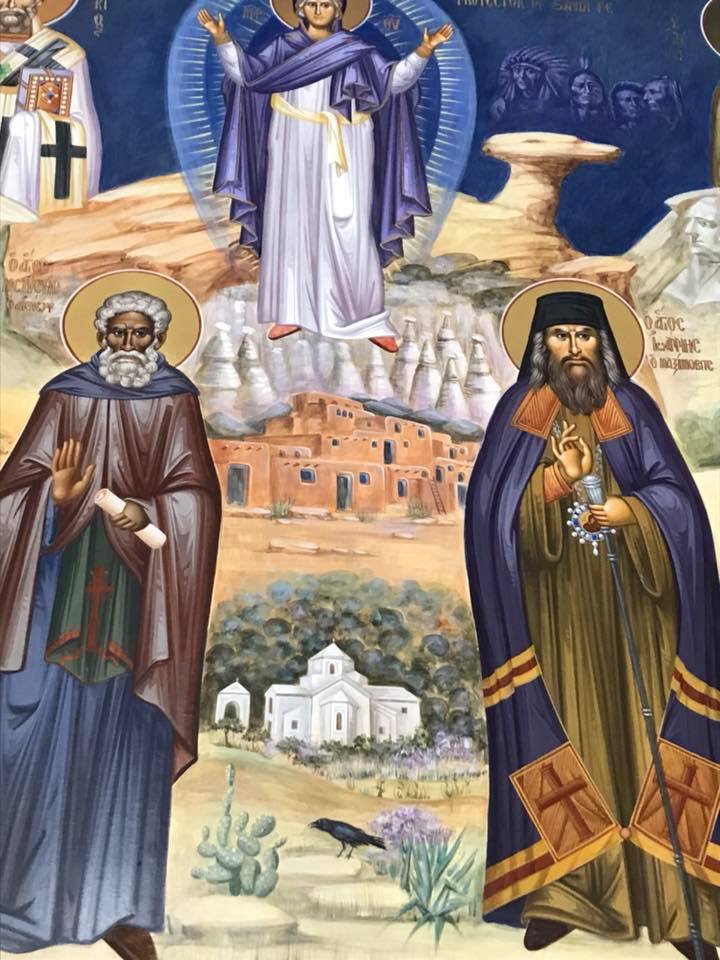 Later, reading through Facebook on the anniversary of MLK’s assassination, I learned that the father of one of my oldest and dearest friends had been friends with MLK. What? They had attended seminary together and she even has a picture of her parents, Coretta, and Martin on a double-date in Boston. How do you know someone for over 50 years and never know THAT?

There are only six degrees of separation, they say. When you really pay attention, you realize that sometimes it’s even closer than that. I wonder what lessons those tiny units of measurement have to teach us? Is it the notion that we only need to take six steps before we find ourselves someplace new, meeting new people and discovering new visions? In meeting new people and being exposed to new ideas, do we also see reflections of ourselves?

I’m curious about all the places where we use degrees as reference tools.  We measure heights and angles in degrees . . . we walk along longitudes and latitudes, measured also by degree. We talk about nuance and subtlety, differences distinguished only by degree.  Running a fever is tracked in degrees – and I imagine we also heal, degree by degree.

For me, our spring break trip was all about finding quiet and space. In many ways, it was about healing, degree by degree.

While we were in Santa Fe, we visited Tent Rocks National Monument. There, we hiked through canyons of rocks that were formed over the millennia by volcanic activity – each event laying down another layer of sandstone and rock. I imagine each layer can be measured and documented in degrees. The spires tower above and form narrow passages for a trail that climbs over 650 feet to a vista of more tent rocks and a New Mexico horizon. It was just the view I needed – expansive and grand. 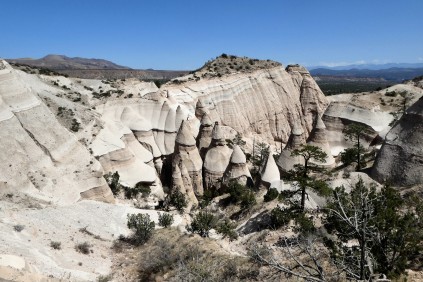 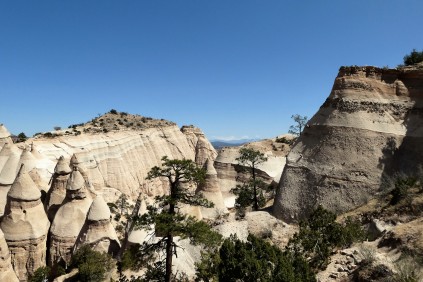 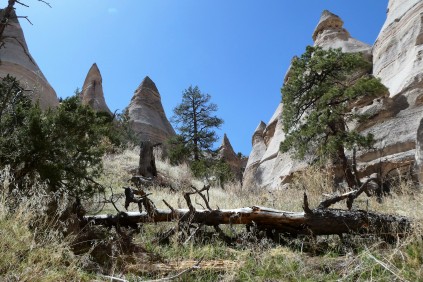 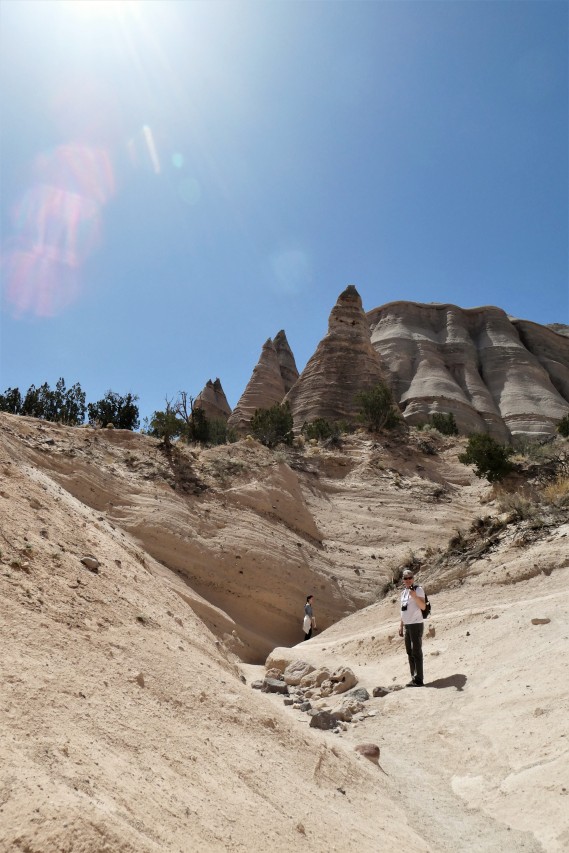 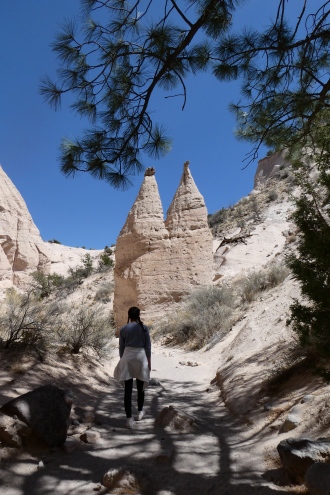 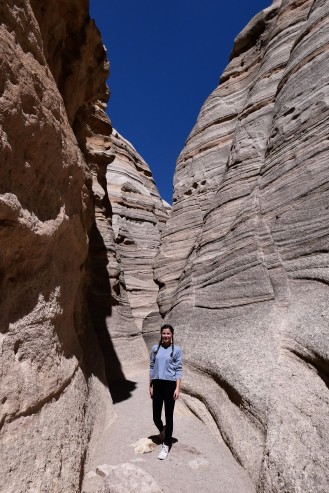 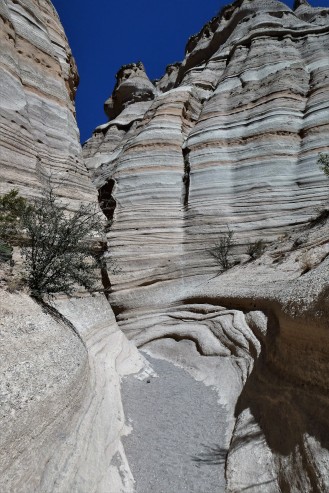 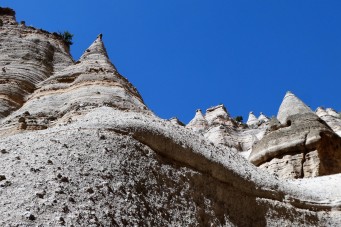 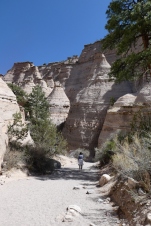 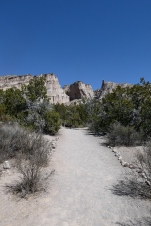 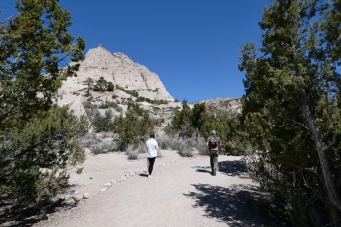 As with so many places in the Southwest, Tent Rocks was also full of glorious light and crisp air — the kind of light that illuminates and glistens — the kind of air where you can take deep, cleansing breaths. 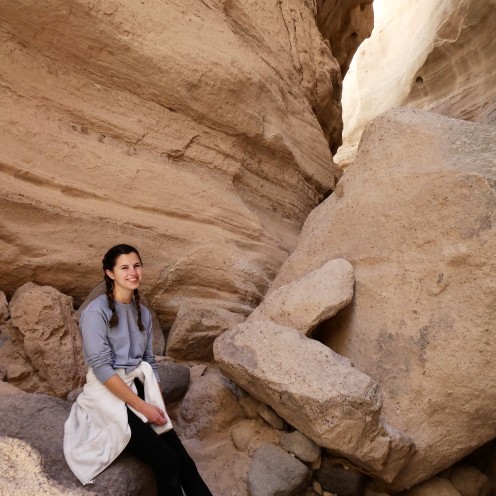 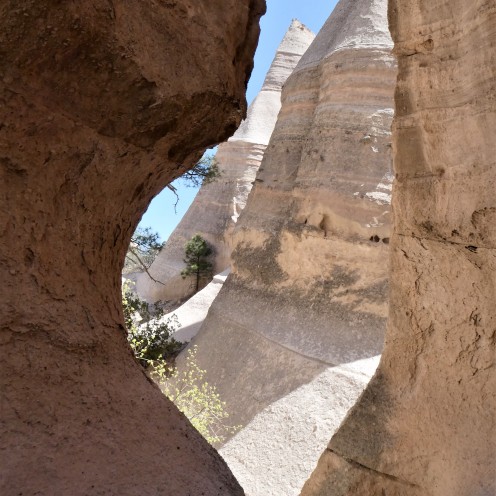 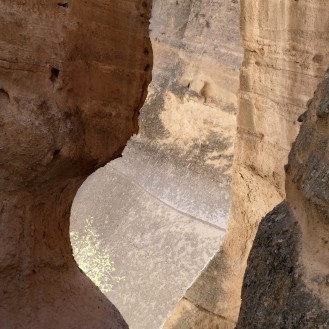 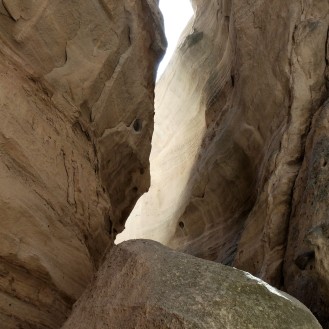 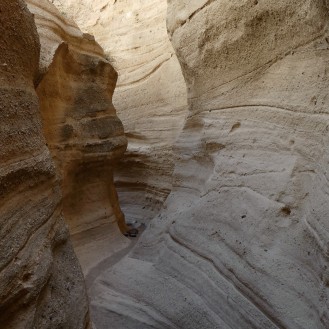 We returned just in time to head back to church for Good Friday services. My heart was now ready for the Passion of Christ, for the Resurrection (with a capital R) on Pascha, but also for all the little resurrections of my soul. Every time I rise – from grief or just a long day – I do so by degree, step by step, mile by mile. My goal, as I rise, is to pay attention to the details. If I notice those “six degrees” along the way, I not only might connect with others but also with parts of myself. In this way, maybe we can magnify our blessings and find our way back to each other. Maybe this is how I found my way back to having the words; maybe this is how I came back to my blog.